Hello again! This time i'll be talking about new GW minis which photos surfaced on DakkaDakka and in other places in the Internet. Those are Thunderwolf Cavalry, Grey Hunter with Wolf Banner, Fenrisian Wolves, Cyberwolf, and Wolf Lord on Thunderwolf for Space Wolves. Also there are few pictures of new Tyranid models: Tervigon, Tyranofex, Swarmlord and some flying monster which name i can't remeber(please ignore my incompetence). So here we go: 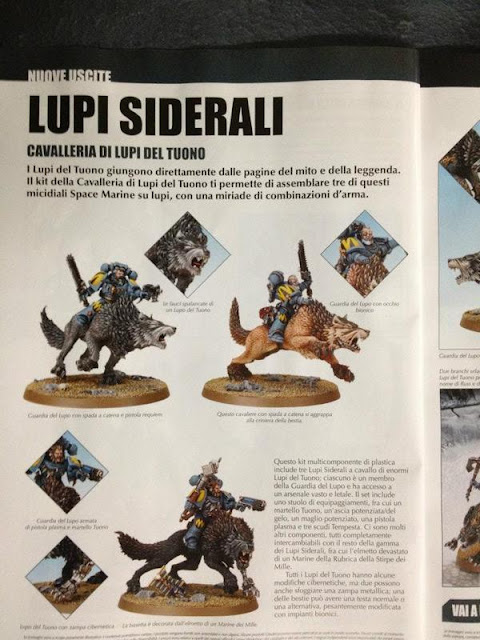 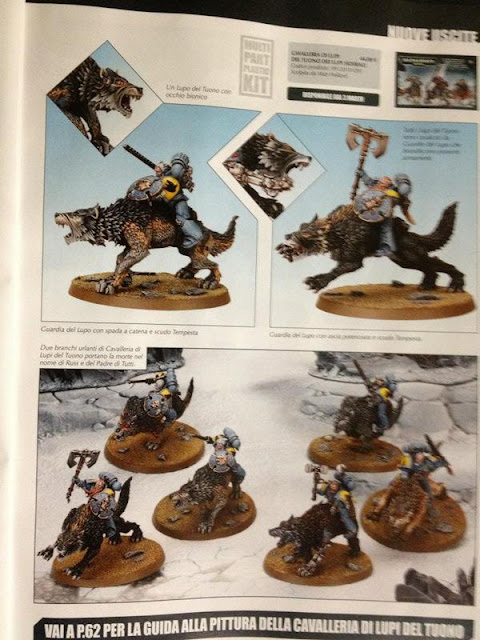 As you can see, they're basicly just Space Marines on giant wolfs. I don't really know what to thing about them. On one hand they're not overstuffed with various 40k things(like skulls and emblems), on the other those wolves look a bit thin and fragile(actually too fragile to carry a SM). Well at least they don't look like Canis Wolfborn over-sized squirrel. I would like some more muscles and maybe some armour/bionics. What we have next, lets see,

Grey Hunter with Banner and Cyberwolf 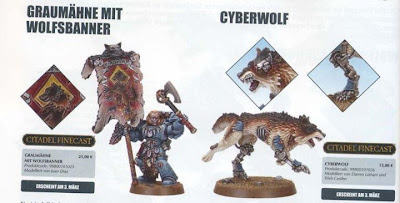 Little better, GH is a OK sculpt, but again cyberwolf looks like a sculpture made by the creepy man that stuffs animals, not like a wolf with bionics/cyberbody, not enough metal! Flesh is weak! 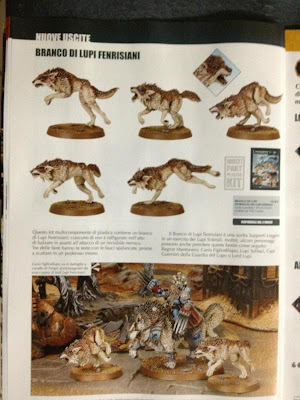 Not much to say here, they're pretty much OK for me. And finally for the Space Wolves: 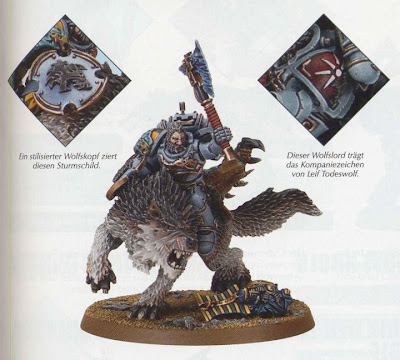 The wolf is much better(at least on this picture) than the regular ones, armour is OK, and the axe is pretty nice too. What i don't like is the face, and the shield(too small). Overall this is a nice mini. Please notice the unfortunate Thousand Son carcass on the base(not the best but nice touch). For the better part of the miniatures(Tyranids) You'll have to wait till i wake up.

If you want to contact me. Just send an email at: backcouchgamer@gmail.com